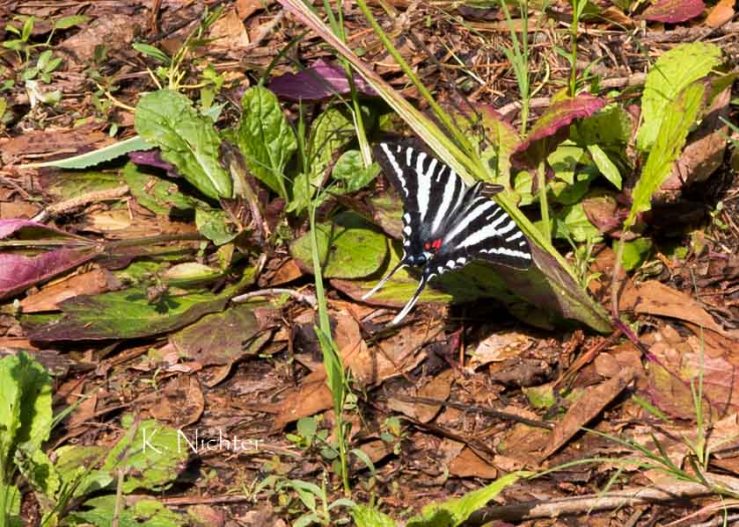 On our recent trip to Georgia we took a back road to find the only covered bridge left in this area. We found the bridge, and enjoyed exploring and finding different angles to photograph it. As we walked back to the car, I started noticing the butterflies. Pursuing one in an attempt to get a shot, I realized not only did butterflies surrounded me, but they included many different species.

Because I had been photographing the bridge I had the Canon 24 – 70 mm lens rather than my butterfly photo preferred Canon 100 – 400 mm. That meant getting closer, and watching my shadow as I approached. Had anyone but Karl been watching me, I am sure that they would have wondered what I was doing as I stepped carefully, stopping and shooting, then continuing, sometimes ducking one way or another.

The Zebra Swallowtail above eluded me for many years. Usually by mid-morning they fly and flit hardly stopping in one place before going for the next. I took many shots of them in flight, this is the first one of one resting. The Spice-bush Swallowtail flew more leisurely, and stopped longer. The Pearl Crescent varied, and so many individuals flew around the area subjects at rest were easier to find.  Numerous blues covered the area, but between flight, background, and their smaller size I  did not manage to get the shot I wanted. 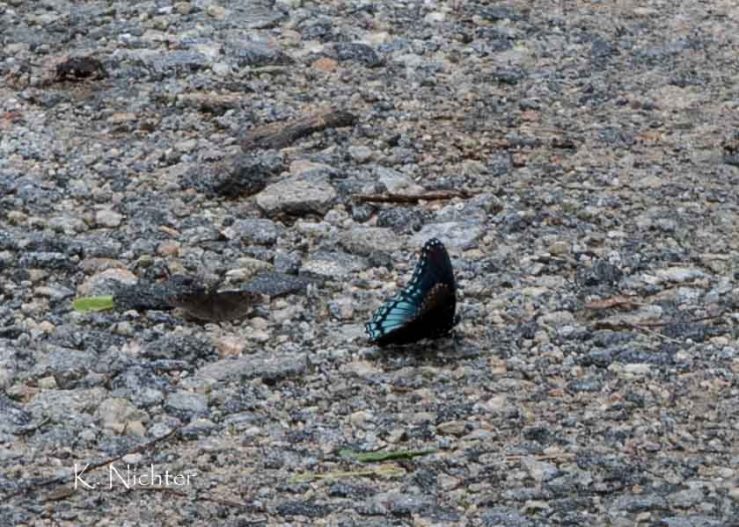 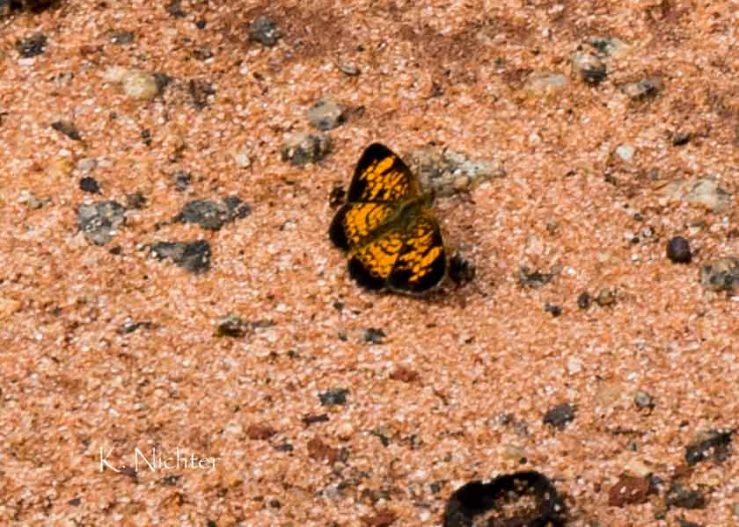